This patch will also be the version you can play at Herofest 2019 come by our booth! We are also showing of the game in Cologne at the Indie Game Fest.

We took the incoming feedback from our social media channels and also what you had to say while playing the game on the EGX in Berlin two weeks ago.
We added a complete new section to Level 6 which makes it the biggest yet. This alone will add another 10 minutes to our demo, putting it close to one and a half hour.

As always we are very happy to receive your ideas and feedback.

This patch will also be the version you can play at EGX 2019 come by our booth!
We added a complete new Level for you to explore. Also, at some places in the game you can finally explore in the depth. So we heard you when you asked to explore the backlground.
Please give us more feedback we are always very happy to receive your ideas.

Get the free demo here: http://bit.ly/BeamOnItch

We are now official member of the association of the German games industry. https://game.de/en/ We are looking forward to meet a lot of interesting and like minded people and potential partners for our current and upcoming endeavors. 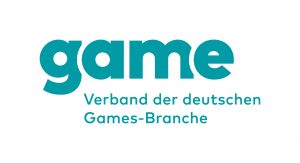 This is a minor post GamesCom 2019 patch. We mostly reacted to your feedback and fiddled with the levels. A crate here, a few degrees rotate a lightbeam there. Also added a max speed value to the red bounce beams which gives a much more desired behaviour.

This patch will also be the version you can play at our GamesCom 2019 booth (Hall 2.1 Booth A050). We reworked most of the movement to make it more „crisp“. A few bugs we had with the cinemachine are fixed as well. We also did a big rework of the tutorial level and added a completely broken part of the ship. Please give us some feedback about that section, because we want to add this damaged style to all the levels for more immersion into the storyline that is yet to come.

Wishlist it on steam: http://bit.ly/BeamOnSteam

Due to events like the FMX and our preparation for the Unity Dev Day Hamburg this patch is slightly smaller. Mostly camera work and graphic / animation changes, but lets look at the details:

Part three in the Series about Cracked Ice Material. This tutorial shows how to create a custom node in unity’s shadergraph and use it to make the repetative part of the graph more compact.


To not leave the 2019.1 users hanging we created another short video that directly builds on this one (If you are on 2019.1 and want to try it out, please watch the video above first and then this one): https://youtu.be/8rf0SlbJhcQ

Here is a link to the complete tutorial playlist.

„The same procedure as every year, James!“

We are going to the FMX in Stuttgart. A week packed with interesting talks about the state of VFX and more. We also have our eyes on the unity workshops on the second and third day.

Meet us there or afterwards for drinks!

This weeks Patch is a bigger one since we updated Unity to the 2019.1 official release, updated all the camera controls and much more. Also a lot of the demo level riddles got a little rework in reaction to feedback of the many active players / testers that we are lucky to have.

For the easter weekend we have another patch for you. Especially after seeing some of the bugs in different streams xD

Our game Beam now has a store page on Steam.

You can follow the project and read our patch notes and plans we have for the game.

And of course you can add beam to your wishlist! Here is the store entry: https://store.steampowered.com/app/1067430/Beam/

If you want to try the game out, you can download our free demo on itch here: https://binaryimpact.itch.io/beam 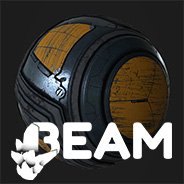 After the extensive and awesome feedback we got at the gamefest in Berlin, here the first of many patches to come.

For the first time ever we are showcasing our game Beam.

We will be at the Gamefest Berlin from 12.4. to 14.4. with the support of the IndieArenaBooth.

If you are in Berlin with a little spare time on your hands come over to our booth and play Beam. Right on time we finished a 45 minute demo!

Have a talk with two of our developers and tell them what you liked or disliked about the game.

For all those who can’t be with us, you can still try the game. We uploaded our demo to itch.io! Just use this link: Beam on itch

Next part in the Series about Cracked Ice Material.

How to make the textures needed for the Cracked Ice Shadergraph we made in Unity. This time we use Allegorithmics Substance Designer to procedurally generate a set of textures for our shader.

We are hosting the GlobalGameJam

For the third time we are hosting the Koblenz location of the GlobalGameJam.

This year again in cooperation with the TZK-Koblenz. For the next 60 hours more than 20 participants will try to come up with a fun game for the soon to be revealed topic.

We are all very excited what great ideas will be conceived on this weekend. If you want to take a peak, you can do that on Twitch. We are streaming live all weekend. https://www.twitch.tv/binaryimpact