gamescom 2022: As an analogy to the wine tavern, Rhineland-Palatinate will gather in the Gamesstube at the world’s largest visitor fair for video games. – State Secretary for Economic Affairs Petra Dick-Walther, together with State Secretary for Media Heike Raab and members of the state and federal parliaments, will visit game developers from Rhineland-Palatinate at the Cologne trade fair on August 24. 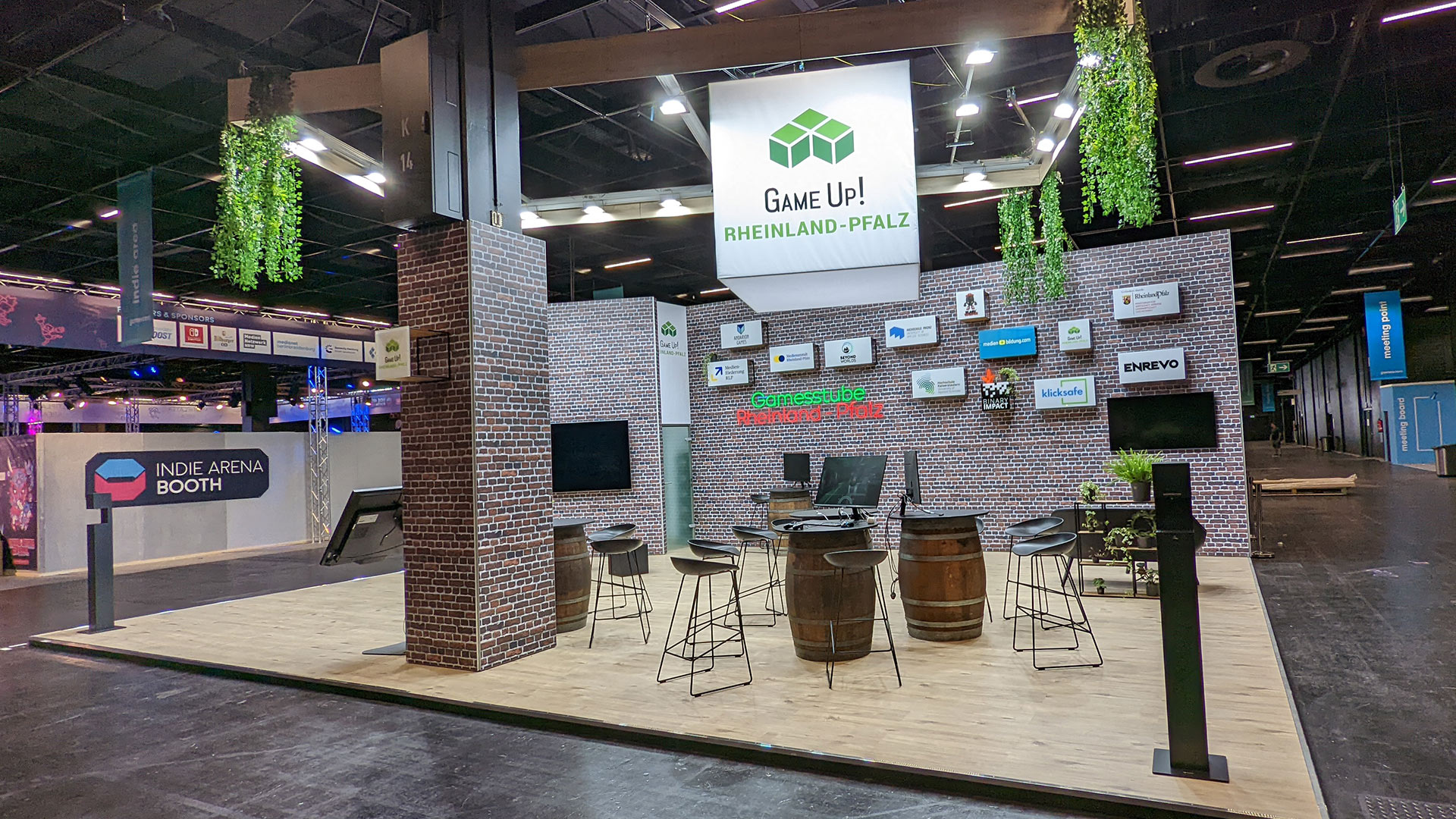 After a two-year pandemic break and two successful streaming appearances at gamescom, Rhineland-Palatinate developers and games enthusiasts can finally come together again in presence. For the first time, the state’ stand and its exhibitors will no longer be located in the restricted business area, but in the entertainment area of the trade fair.

“I am pleased that with the software/games forum GameUp! Rhineland-Palatinate is gaining further profile as a games location and that Rhineland-Palatinate will be able to fly its flag in a prominent position at gamescom,” said State Secretary for Economic Affairs Dick-Walther, who will visit the trade fair and the RLP booth on Aug. 24 from 10:30 a.m. onward. “The games industry is an extremely creative and innovative player in the country, which I will continue to support in its economic development, especially in the start-up business.”

The centerpiece for Rhineland-Palatinate at gamescom is GameUp’s Gamesstube! Rhineland-Palatinate, the network and contact point for the games industry in the state, which is supported by the Ministry of Economics. On the 90sqm booth, directly beside the Indie Arena Booth, you will find a colorful mix of companies, institutions and universities. If you would like to visit the Gamesstube, you will find the exhibition in hall 10.2, booth E-20g – D-22g.

In addition to the companies Binary Impact GmbH from the Westerwald and Enrevo GmbH from Kaiserslautern, the universities of Mainz and Kaiserslautern will also be represented at the booth.

“Medienanstalt Rheinland-Pfalz” presents itself at gamescom with its participations, the EU initiative klicksafe, “medien+bildung.com” and “Medienförderung RLP”. At the joint booth, the funded studios from Rhineland-Palatinate Black Wasabi, Beyond Worlds GmbH and Andarion Games have exciting projects to show. In addition, visitors can try out the interactive klicksafe offers “Digital games” and “In-game purchases”. On Friday afternoon, medien+bildung.com will offer qualification courses on the topic of games. Dr. Marc Jan Eumann, Director of Medienanstalt Rheinland-Pfalz, says: “With Medienförderung RLP, we provide targeted support for young creatives and thus strengthen Rhineland-Palatinate as a media location. We also provide valuable tips for children and young people on how to use games.”

The main project manager responsible, Ben Palfner, is happy: “I am glad that we can finally implement the concept originally planned for 2020. The fact that over the years and after two successful digital gamescom appearances we have been able to more than double the trade fair presence since our first stand in 2016 to 90sqm per year by now shows the increasing importance of the industry in Rhineland-Palatinate as well and that our offer is well received.”

GameUp! Rhineland-Palatinate is the initiative for networking and making the games industry in Rhineland-Palatinate visible, which has been funded by the Ministry of Economics, Transport, Agriculture and Viticulture since 2015, and is the point of contact for the state’s new media funding. gamescom will take place in Cologne from August 24 to 28. August 24 is for press and trade visitors.